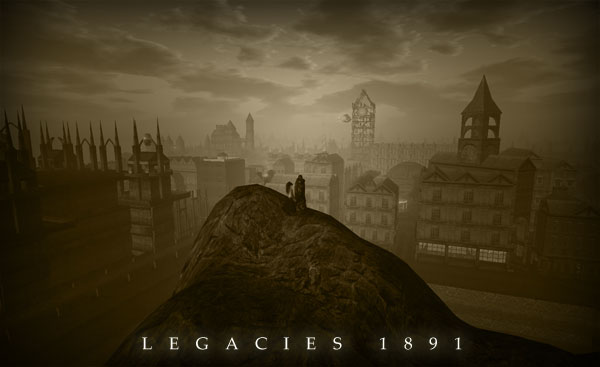 From the beginning there were two, and one did not exist without the other. Opposites of reality, Creation and Decay, Life and Death, Evil and Good, they were the Overlords of the All and the Nothing and when they clashed, the collision reverberated throughout the cosmos. Light and energy rushed out along the weave of time while the vacuum of the void sucked it back in. And thus it was that the multiverse breathed its first breath of life.

At the center of it all remains the place of the Two. One of Light. One of Dark. And as the light continues to spread out, filling the Universe with suns and moons and worlds, the shadows pull from within the Darkenverse, home of the Dark One. Knowing only the gnawing hunger which will never be sated, he unfurls his tendrils of darkness and pierces the Weave, shredding the Veil, searching for those beacons of the brightest light, those centers of brilliance and creativity, wherein he might taste the passions, lusts, fears and dreams of the living. It is his ever persistent quest to 'know' what it is to 'feel'. The tendrils wrap and curl around the stars and worlds, cities and islands, which, to him, taste best, pulling them back into the Void. The Darkenverse closes around them encasing them in pocket planes ripped from the weave of time where they now exist alone in the dark, linked only to one another through the axis of it all. The very home and seat of the Dark One. A place known as .... the Nexus.